Shopping Cart
Your Cart is Empty
Quantity:
Subtotal
Taxes
Shipping
Total
There was an error with PayPalClick here to try again

Thank you for your business!You should be receiving an order confirmation from Paypal shortly.Exit Shopping Cart

Read To Me Foundation

Hola Howdy is a children's weekly television show; produced by READ TO ME FOUNDATION to bring a new energy to the storytelling art, encourage children to read, stimulate children to watch and listen intently, think and feel, participate and follow directions, learn to visualize characters, hear new vocabulary in both English and Spanish, model values, and bring meaning to experiences.

Contribute greatly to the Hola Howdy reading television show. Dondino will be the producer and host, while Mary will be the Spanish weekly reading host.

Mary Campos was born in McAlester, Oklahoma and as a child her family moved to Des Moines, Iowa. There she became an advocate for women and children rights and helped to establish better relationships between people of diverse ethnic backgrounds. During her career, may has served on numerous boards and councils, including the Community Housing Education Resources Board, bi dwell Riverside Community Center, Des Moines Human Rights Commission, Hispanic Education Resource Center, Council for International Understanding and several other governmental and community organizations. She is presently a Civil-Service Commissioner. Along with her involvement in the community she was the first co-chair of the Iowa Brown-Black Presidential Forum, the nation's only Presidential forum that addresses the important issues that impact the Black and Hispanic communities in Iowa.

Born and raised in Marshaltown, Iowa, Debbie was a music major at Judson Baptist College of Fine Arts (Elgin, Ill). She has worked in the music industry for more than three decades. Her musical career has included Musical Coordinator for the Hebrew Academy of Las Vegas, Piano Consultant for Music World Continuing Education and Musical Conductor for the Dondino Show. Debbie is an accomplished piano instructor for young children. She has written and arranged many musical scores for the Dondino Show and still conducts the band for the Dondino Show. Debbie has recently joined the Read To Me Foundation as an important musical contributor for the foundation programs, as well as the Hola Howdy weekly television show.

Born in Chihuahua, Mexico, and educated in Mexico City, Juan took his first mail-order drawing lesson as a young teen and later received his diploma in Commercial Art from the Mexican National University. He is a gifted graphic designer, and is in high demand as a portrait and mural painter. Juan has made colorful scenes of Mexico in his mural works for Mexican restaurant chains, such as Macayo's in Tucson, Phoenix, Az., and Las Vegas, Nevada, as well as Tamales Dona Maria in Las Vegas. In addition to the Mexican restaurant murals, he has painted kids scene murals for several Burger King restaurants in Las Vegas, Nevada.

Donna has spent most of her adult years working in the Entertainment industry, and has been partners with Dondino for over 20 years. As the script writer and co-producer of Dondino's television show, she learned what the public wants to see and hear from an audience perspective.

Combining the creativeness of Dondino and the artistic talents of illustrator Juan D Varela, she has helped create a new children's television division for READ TO ME FOUNDATION. The HOLA Howdy weekly TV show will be a fun experience for the child viewer, their family and friends.

Dondino performing a song from the children's book "Is Santa Claus Color Blind", created by Dondino, Donna Gummelt and Juan D Varela for the Read To Me Foundation (www.readtomefoundation.org). Heartl...

DONDINO, host for the HOLA HOWDY SHOW is welcomed by a young fan 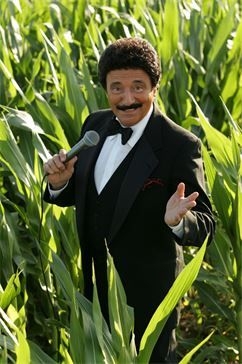 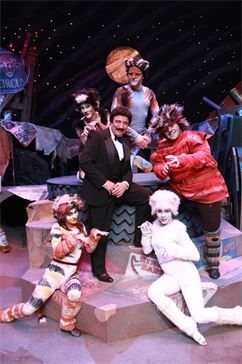 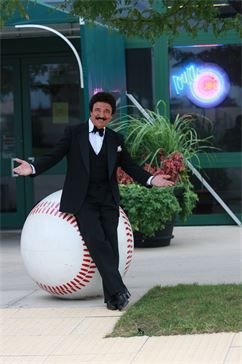 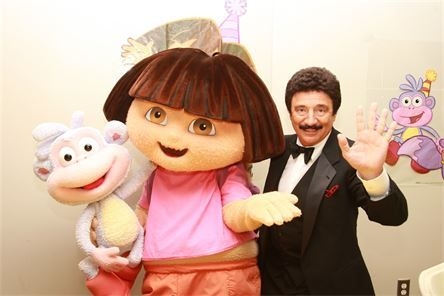 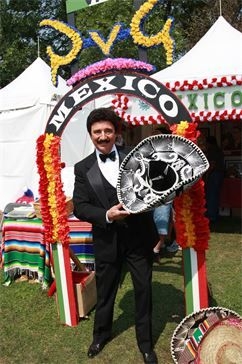 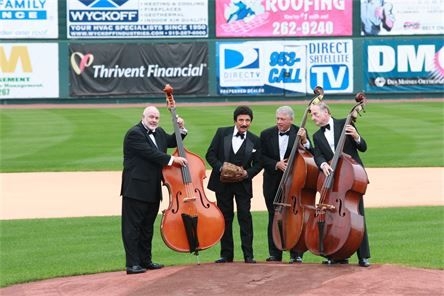 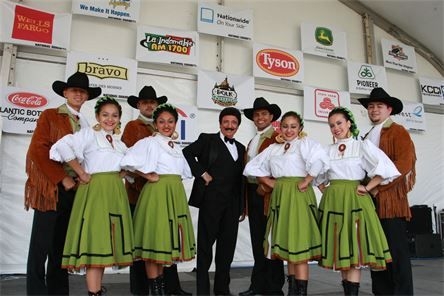 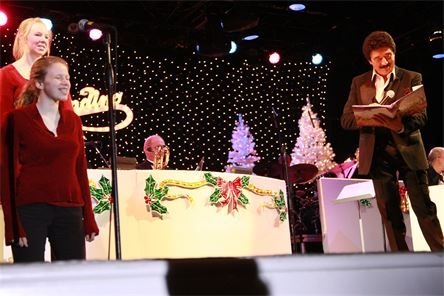 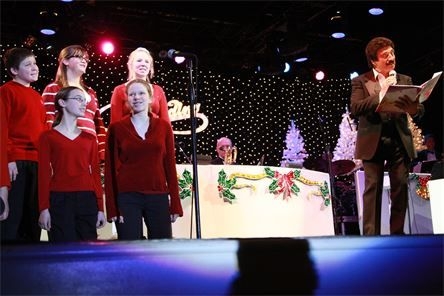 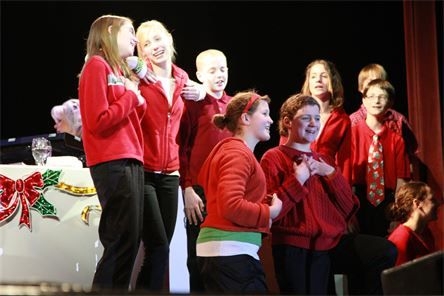 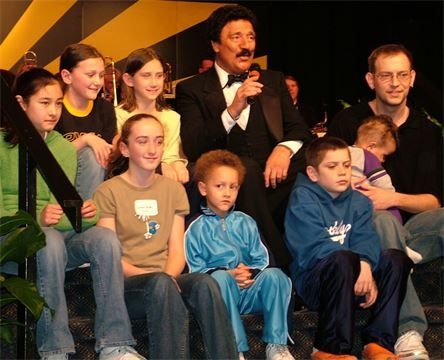 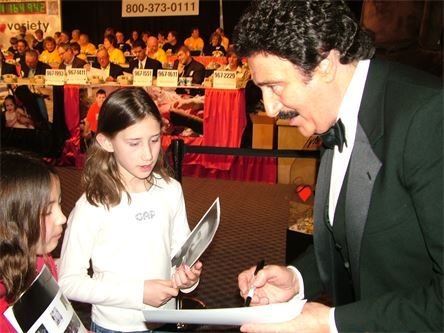 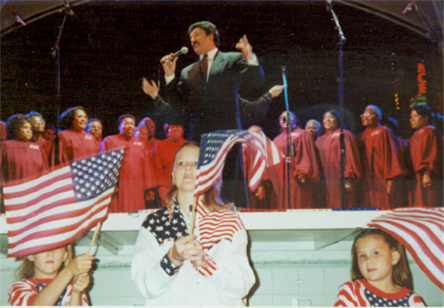 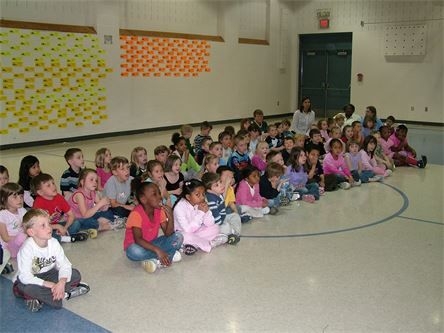 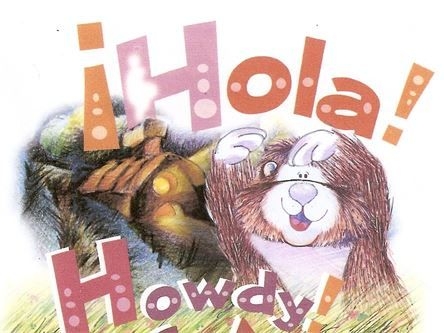 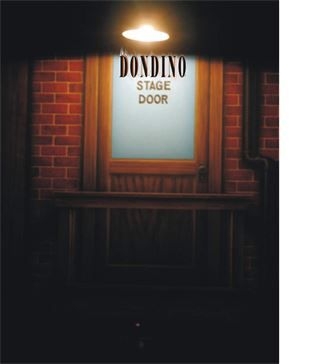 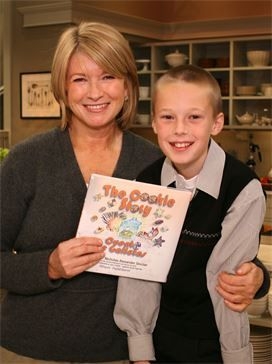